They shared a great sense of humor together and made life funny no matter how hard things were this is priceless!
All the time traveling on the road touring together. Here he’s teasing her telling her not to be so Prissy and eat the damn fried chicken with her fingers. 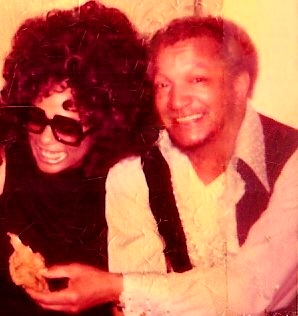